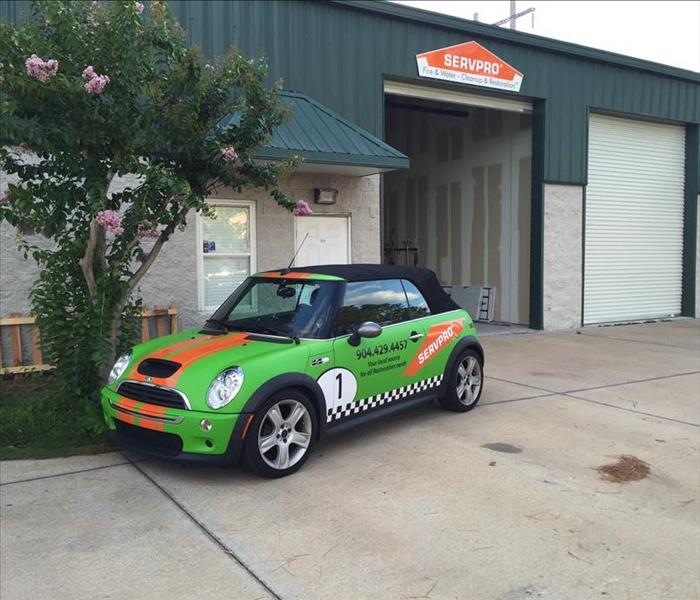 Our new marketing car is a Mini Cooper S Convertable and recently it went quite a transformation.

Our marketing team designed every single detail of the wrap. From matte color selection to SERVPRO orange stripes and we are pretty proud of the way it came out.

Coming to SERVPRO events near you!!!

Here is a Wikipedia write up on Mini Coopers

A Mini model called the "Mini Cooper" was made by the British Motor Corporation from 1961 to 1971, then from 1990 to 2000. John Cooper, owner of the Cooper Car Company and designer and builder of Formula One and rally cars, saw the potential of the original Mini for competition, and worked with Issigonis, the designer of the original Mini.