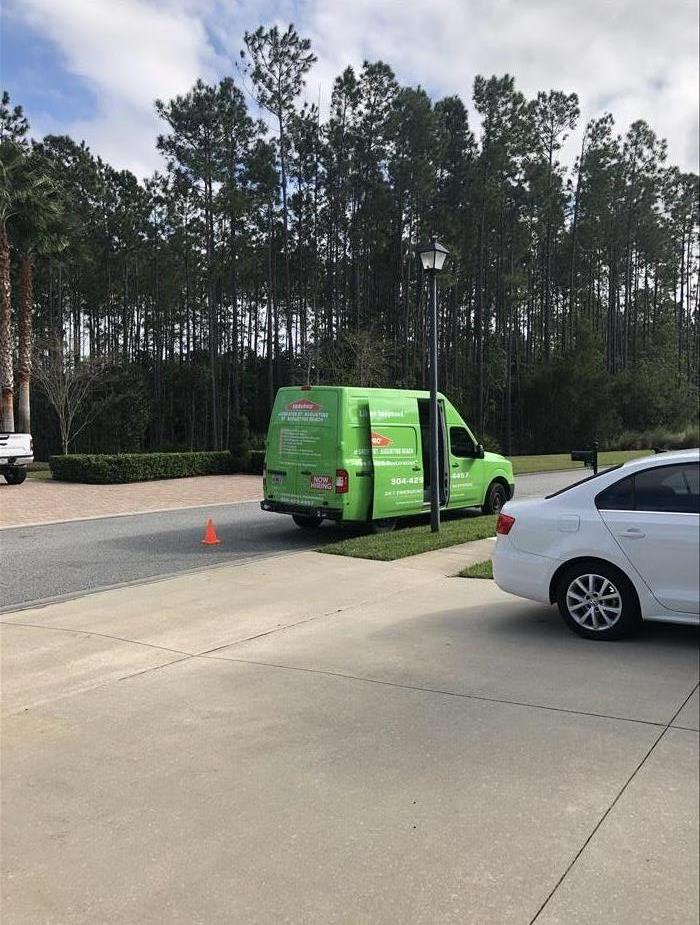 Have you ever heard the cliche, "You don't get a second chance to make a good first impression!"

That's a very profound and true statement.  It reminds me of a story that one of my sales managers used to tell about Ivory soap.  The story went like this:  A young mother with several children in tow was at one of the large warehouse stores buying things in bulk for her family.  She wanted to get a large package of Ivory soap and asked the store associate if he could help her get a package off of the shelf and put it into her shopping cart.  The store associate proceeded to grab a package that had a rip in the outside packaging of the bulk package, so the customer asked the associate if he could grab a different package for her.  The store associate explained to the customer that all of the bars of soap were still in the package, even though it was ripped, and that she was still getting the same amount of merchandise.

The customer insisted that the store associate get her a different package that did not have the rip in it, because she did not want a package that was ripped, or one that looked like it had already been opened, regardless of the fact that the contents of the package were the same as all the rest.

So, what could this possibly have to do with SERVPRO of Greater St. Augustine/St. Augustine Beach?  I'll tell you:

Recently SERVPRO of Greater St. Augustine/St. Augustine Beach, received a call for a water emergency at a community where 6 condominiums had been affected when a water heater flooded a 3rd floor unit and proceeded to saturate 2 units on each of the 3 floors.  What a mess!  The Condo association got the water flow stopped and began cleanup and extraction work in the common areas of the building, but it was up to each homeowner to contact a restoration company to get there and start the restoration process.  This is where the story above connects to this situation.

As I pulled up in my easily identifiable SERVPRO of Greater St. Augustine/St. Augustine Beach vehicle, I noticed 3 other SERVPRO Greater St. Augustine/St. Augustine Beach  vehicles already on site, and four other SERVPRO associates, easily identifiable in their SERVPRO logoed shirts and khaki pants, beginning the removal and restoration process.  I also noticed about an hour to two hours later, that 3 other companies showed up to attend to some of the other units that were affected, as SERVPRO was called in for just 2 of the units.

The first company that arrived, came in a fairly beat up van, with a logo on it that was very difficult to see unless you got within about 15' of it.  The crew, 2 guys that got out, I immediately nicknamed the motley crew, as they looked like they had just stepped off of a mullet fishing boat or something.  Hats on backwards, non-descript clothing, nothing identifying who they worked for or represented.  Quite a lackluster 1st impression, to say the least.

The next group of 2 came in an easily identified vehicle, so at least I knew who they represented. But when they got out of the vehicle, one had a logoed shirt on, one did not.  One had on what looked to be standard uniform type pants, the other had blue jeans on and a shirt that he had probably gotten at a concert.  A little better 1st impression, but still not a complete package.

The last to pull up was a non-descript, older, white van.  An older gentleman stepped out in a white t-shirt and blue jeans, and proceeded to pull out 1 beat up, white air mover, that he was taking to the 1st floor condo that had water dripping from the ceiling lights, carpets that were saturated, and drywall that was visibly wet in most of the rooms.  I didn't have a favorable 1st impression, nor much confidence that this person was equipped for the job at hand.

So, what is the point of the story?  Well, why it might be possible that all 4 of the companies that showed up for the water emergency were capable of handling the situation they were confronted with, the level of confidence that the 4 different companies instilled in me, strictly based on my first impression, was vastly different!  Clearly, the package that SERVPRO of Greater St. Augustine/St. Augustine Beach presented, was the only one that looked complete; and the only one that inspired confidence in me as well as the homeowner that we were working with; as she was actively trying to get the other homeowners to reevaluate their choice in companies.

And why is this 1st impression (the package) so important?  Because it inspires confidence when a company pays attention to the way their vehicles look and the way their employees look.

It gives the customer confidence that if they are that concerned about their appearance, than more than likely they are just as concerned about their equipment, their training, their industry knowledge, their documentation, and ultimately, their ability to take care of the customer and provide them with peace of mind that this difficult situation will be handled properly.

So, the next time you are at the store and you notice a package slightly torn, or is taped up, and you move it out of the way to reach for the undamaged package, remember that 1st impressions mean a lot!

And if you ever find yourself in a situation where you need help with a water, fire, or mold emergency, remember the Ivory soap story, and make the right call: Call the professionals at SERVPRO of Greater St. Augustine/St. Augustine Beach.  904-429-4457