1969 Toyota Land Cruiser is the next SERVPRO truck?! 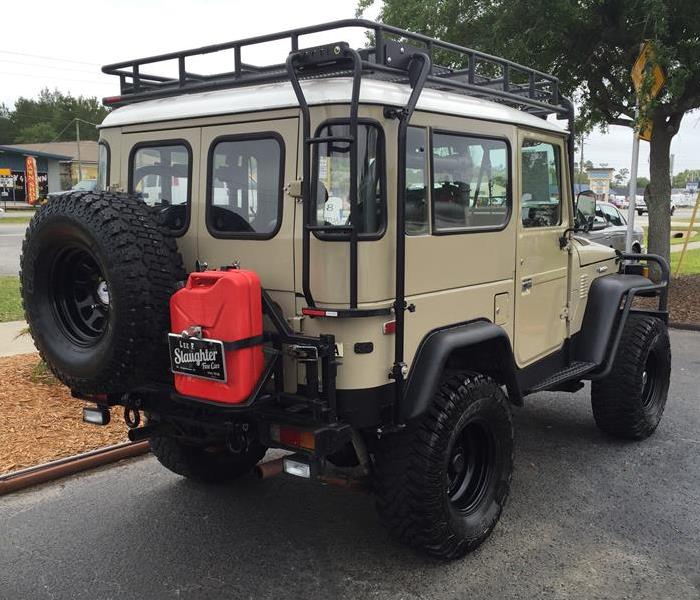 What a beautiful Jeep!!!

So.....SERVPRO of Greater St. Augustine/St. Augustine Beach has grown, step by little step, and are in need of a new vehicle. As we were looking at several trucks, this beautiful 1969 Toyota Land Cruiser caught our attention!

St. Augustine Beach and St. Augustine as a whole have certain Jeep culture, there are plenty of off-road trails and there are beach areas where off road vehicles are allowed. Although this was a gas version of this particular model (diesel is more desirable) we could not resist, and you guessed it…made a video!

Here is a brief history of this awesome Jeep. The Toyota J40 is the model designation for a Toyota Land Cruiser 40 series made from 1960 until 1984 (in Brazil, where it was known as the Toyota Bandeirante, it was made from 1968 until 2001). Most 40 series Land Cruisers were built as 2-door SUVs with slightly larger dimensions than a Jeep CJ.